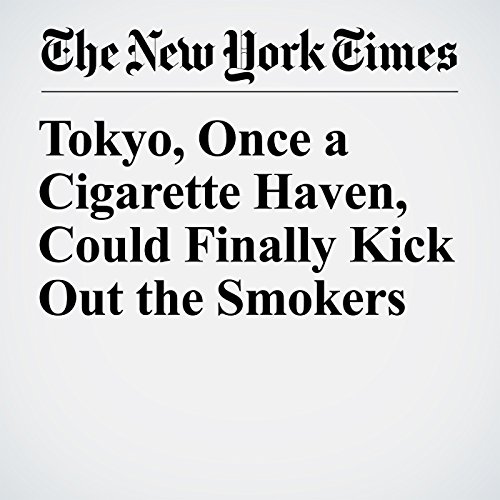 Early next year, Tokyo’s metropolitan assembly will vote on whether to ban smoking indoors in most public places, including restaurants, hotels, offices, department stores, airports, universities and gyms. Outside, smokers would be restricted to specially designated shelters or zones.

"Tokyo, Once a Cigarette Haven, Could Finally Kick Out the Smokers" is from the November 27, 2017 World section of The New York Times. It was written by Motoko Rich and narrated by Kristi Burns.

Cosa pensano gli ascoltatori di Tokyo, Once a Cigarette Haven, Could Finally Kick Out the Smokers