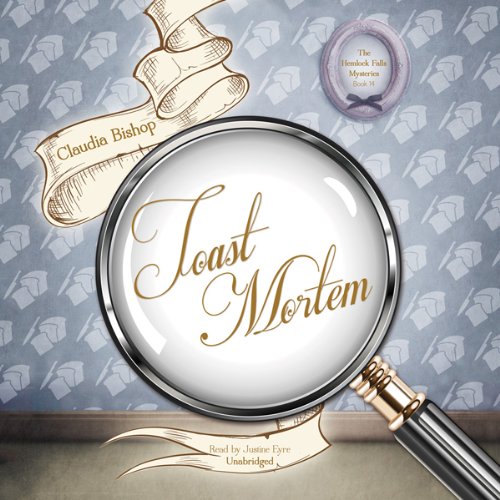 There’s trouble in paradise; the serenity of Hemlock Falls has been shattered by the arrival of the infamous Bernard LeVasque, who - too bitter for someone’s taste - has been taken off the menu for good.

The grouchiest chef in the world of haute cuisine, Bernard LeVasque, has opened a multimillion-dollar cooking school and made quite a splash in the quiet village of Hemlock Falls - even stealing customers from the Inn. Sisters Quill and Meg wished he would leave, but they never wished him dead - which is exactly what has happened, thanks to the knife in his neck.

A mysterious scrap of a long-lost recipe found in his hands may hold clues to his killer, or maybe not - Bernie had a habit of sending even the most mild-mannered foodies into a homicidal rage. Could the killer be one of his bitter students or even his own wife, who may have taken her propensity for whacking him with kitchen tools too far? Or could it be Meg Quilliam, who wanted to keep him from their kitchen’s profits? With her sister a suspect, it’s up to Quill to find the killer cook that spoiled the consommé.

Claudia Bishop is the author of the popular Hemlock Falls mystery series as well as mysteries in the Casebooks of Dr. McKenzie series. Under the name Mary Stanton, she is also the author of an eight-volume children’s fantasy series, Unicorns of Balinor.