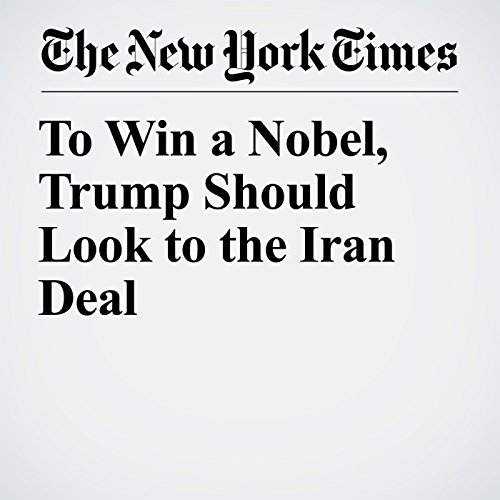 “President Trump should win the Nobel Peace Prize.” It is hard to imagine anyone other than Mr. Trump expressing that sentiment. But the quote is from his South Korean counterpart, Moon Jae-in, citing Mr. Trump’s work to engineer talks between the two Koreas and the tantalizing prospect of a long-sought peace and denuclearization on the peninsula.

"To Win a Nobel, Trump Should Look to the Iran Deal" is from the May 02, 2018 Opinion section of The New York Times. It was written by Antony J. Blinken and narrated by Kristi Burns.

Cosa pensano gli ascoltatori di To Win a Nobel, Trump Should Look to the Iran Deal