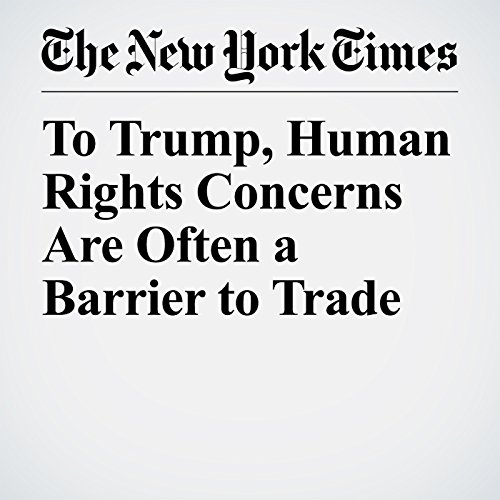 To Trump, Human Rights Concerns Are Often a Barrier to Trade

Secretary of State Rex W. Tillerson had some advice Saturday for Iran’s newly re-elected president. The Trump administration, he said, hopes Tehran “restores the rights of Iranians to freedom of speech, to freedom of organization, so that Iranians can live the life that they deserve.”

"To Trump, Human Rights Concerns Are Often a Barrier to Trade" is from the May 21, 2017 International section of The New York Times. It was written by Peter Baker and Michael D. Shear and narrated by Kristi Burns.