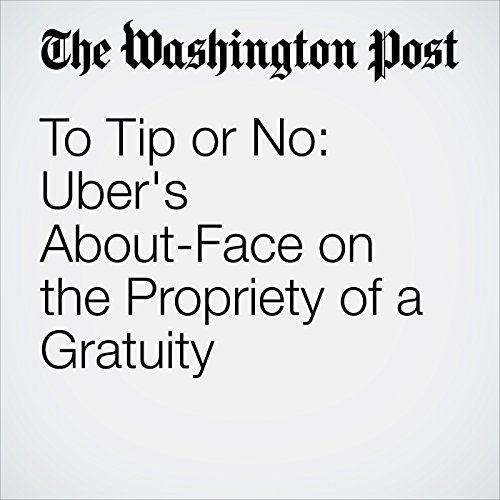 To Tip or No: Uber's About-Face on the Propriety of a Gratuity

The promise of a tip — that familiar 10 to 20 percent optional add-on for a meal or a ride — might be enough to lure Ryan Rich Moe into the driver’s seat for Uber again. He stopped driving for the popular ride-hailing service earlier this year because he was not making enough money. But Uber, which had resisted tipping for years, announced this week that it will start allowing the practice in some cities and then nationwide.

"To Tip or No: Uber's About-Face on the Propriety of a Gratuity" is from the June 22, 2017 Business section of The Washington Post. It was written by Todd C. Frankel and Hamza Shaban  and narrated by Jenny Hoops.

Cosa pensando gli ascoltatori di To Tip or No: Uber's About-Face on the Propriety of a Gratuity