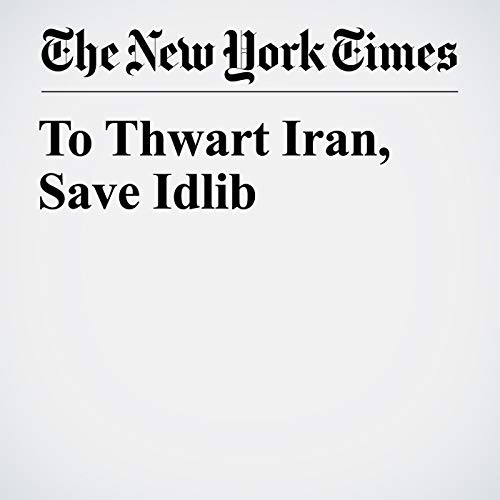 The Trump administration has made clear that its top priority in the Middle East is to thwart Iran’s nuclear and regional ambitions. So why is it so reluctant to lift a finger against Tehran’s most audacious gambit in Syria?

"To Thwart Iran, Save Idlib" is from the September 13, 2018 Opinion section of The New York Times. It was written by Bret Stephens and narrated by Keith Sellon-Wright.