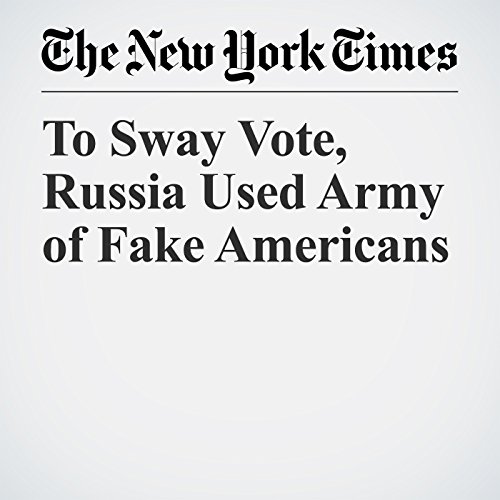 Sometimes an international offensive begins with a few shots that draw little notice. So it was last year when Melvin Redick of Harrisburg, Pennsylvania, a friendly-looking American with a backward baseball cap and a young daughter, posted on Facebook a link to a brand-new website.

"To Sway Vote, Russia Used Army of Fake Americans" is from the September 07, 2017 Politics section of The New York Times. It was written by Scott Shane and narrated by Barbara Benjamin-Creel.