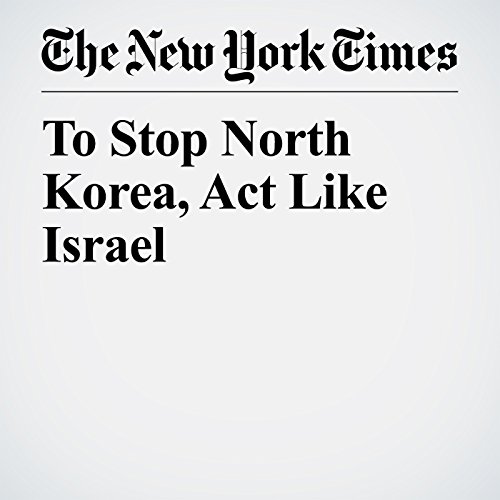 The news last week from the Korean Peninsula about yet another ballistic missile launch was déjà vu all over again. This one had an estimated range of 8,100 miles — long enough to hit Washington, D.C., or anywhere else in the continental United States. President Trump responded with angry tweets, but Kim Jong-in has good reason to be cocky.

"To Stop North Korea, Act Like Israel" is from the December 04, 2017 Opinion section of The New York Times. It was written by Nitsana Darshan Leitner and narrated by Keith Sellon-Wright.