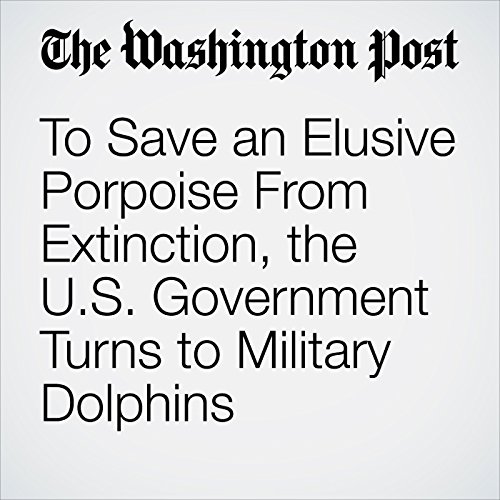 Surprise raids on Mexican smuggling boats, international treaties, and outright fishing bans have done little to stop the steady decline of the vaquita, the world’s smallest and possibly cutest porpoise.

Now, in a last-ditch effort straight out of a Sea World-themed sci-fi movie, conservationists are turning to a new method of vaquita preservation: military dolphins.

"To Save an Elusive Porpoise From Extinction, the U.S. Government Turns to Military Dolphins" is from the January 05, 2017 Animalia section of The Washington Post. It was written by Cleve R. Wootson Jr. and narrated by Jill Melancon.

Cosa pensano gli ascoltatori di To Save an Elusive Porpoise From Extinction, the U.S. Government Turns to Military Dolphins