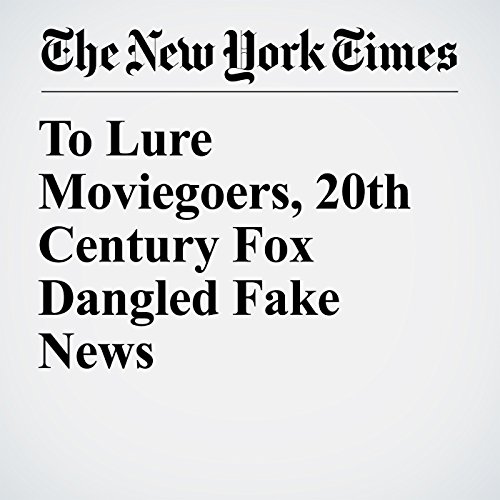 Making the most of the fractured political and media landscape, 20th Century Fox created a group of fake news sites as part of a viral marketing campaign for its new film “A Cure for Wellness.” The sites displayed ads for the movie and slipped references to its plot alongside made-up stories about divisive topics like abortion, vaccines and President Donald Trump.

"To Lure Moviegoers, 20th Century Fox Dangled Fake News" is from the February 15, 2017 Business section of The New York Times. It was written by Liam Stack and narrated by Kristi Burns.