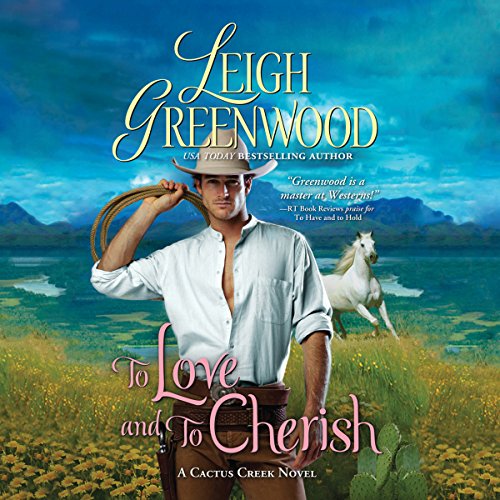 When Laurie Spencer said "I do", she never realized she'd be trading one pair of shackles for another - until her husband's unexpected death leaves her with an opportunity to escape her controlling family for good. Determined to be independent, Laurie approaches sexy rancher Jared Smith with an offer she hopes he can't refuse. When unconsciously sensual Laurie offers a partnership, and she throws herself in as part of the deal, Jared's not sure he'll be able to respect the terms of their agreement and keep his eyes - and his hands - to himself.

There's something about Laurie that awakens every protective instinct Jared has...and when all hell breaks loose, there's nothing and no one who'll be able to keep this cowboy from her side.

Cosa pensano gli ascoltatori di To Love and to Cherish

maybe that's how the said it in that part of the country. sounds too British for the story.