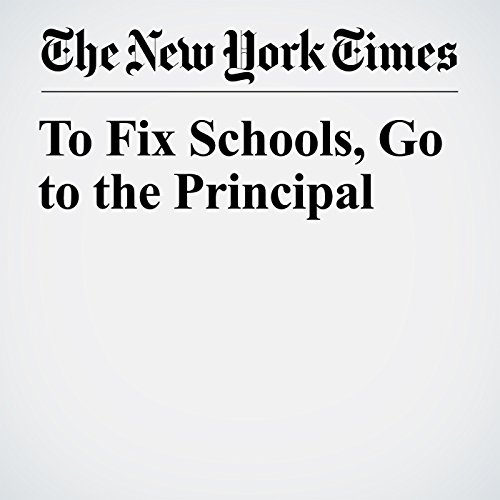 Gregory Jones, the principal of Kenwood high school, has learned that when spring finally arrives in Chicago, trouble often arrives with it. He saw it happen again on a warm afternoon last May, when students were lingering outside the school, on the city’s South Side, and a fight broke out.

"To Fix Schools, Go to the Principal" is from the March 11, 2017 U.S. section of The New York Times. It was written by David Leonhardt and narrated by Fleet Cooper.