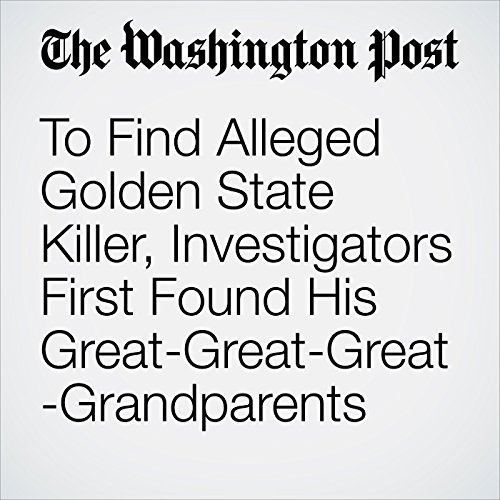 SACRAMENTO — Detectives had searched for four decades for the clue that would unlock the identity of the Golden State Killer, the predator who terrorized California top to bottom with a string of horrific rapes and homicides in the 1970s and ’80s.

"To Find Alleged Golden State Killer, Investigators First Found His Great-Great-Great-Grandparents" is from the April 30, 2018 National section of The Washington Post. It was written by Justin Jouvenal and narrated by Sam Scholl.