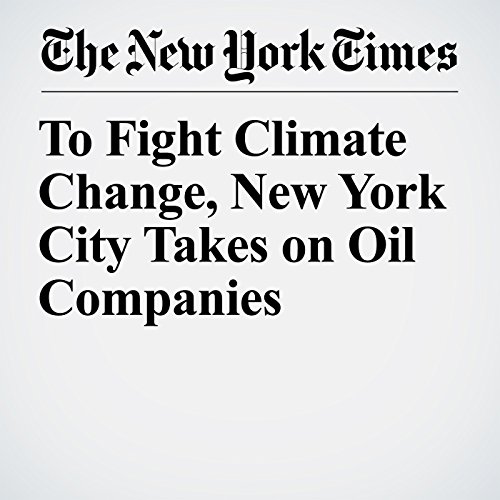 Seeking to position himself as a national leader against climate change, Mayor Bill de Blasio on Wednesday announced a two-pronged attack against the fossil-fuel industry, including a vow that city pension funds would divest about $5 billion from companies involved in the fossil fuel business.

"To Fight Climate Change, New York City Takes on Oil Companies" is from the January 10, 2018 U.S. section of The New York Times. It was written by William Neuman and narrated by Keith Sellon-Wright.