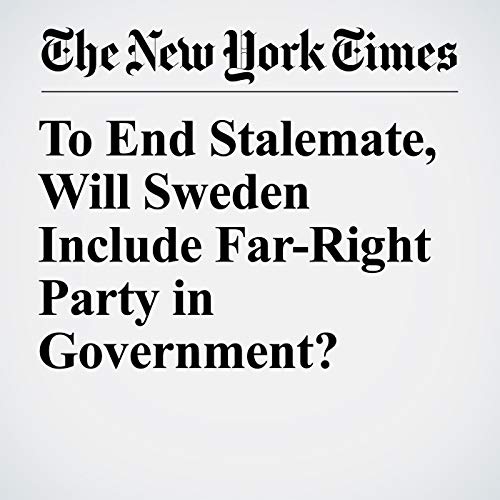 STOCKHOLM — Two questions dominate Swedish politics after elections this month yielded a stalemate: Who will violate a campaign pledge? And will it result, for the first time, in a government that has support from a nationalist party with neo-Nazi roots?

"To End Stalemate, Will Sweden Include Far-Right Party in Government?" is from the September 20, 2018 World section of The New York Times. It was written by Christina Anderson and narrated by Kristi Burns.