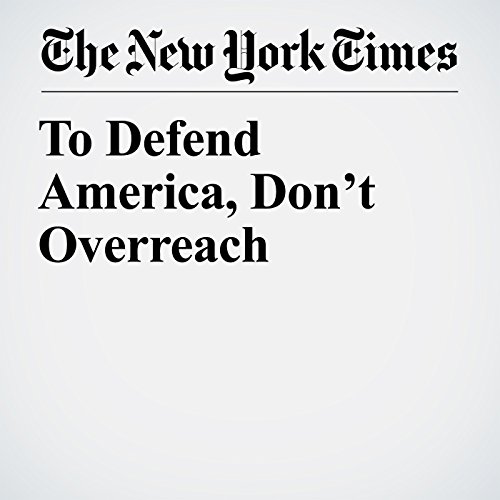 It looks as if President Trump is going to get his military parade after all. The last time our forces paraded across Washington was in 1991, to hail our triumph in the Gulf War. Unfortunately, there hasn’t been much to celebrate in our foreign policy since — unless you count the 15-year anniversary, on Tuesday, of the start of the Iraq War.

"To Defend America, Don’t Overreach" is from the March 19, 2018 Opinion section of The New York Times. It was written by William Ruger and narrated by Kristi Burns.