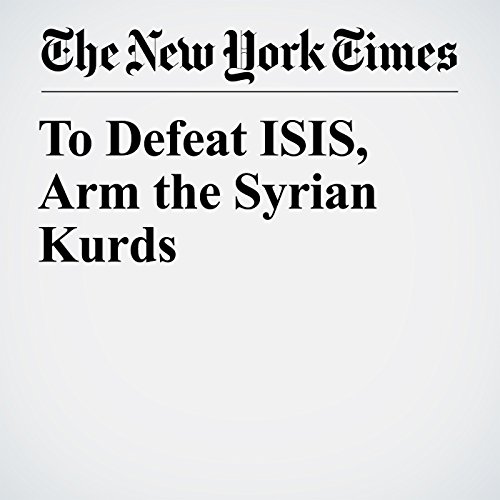 Taking back Raqqa, along with Mosul in Iraq — where Iraqi forces backed by the United States-led coalition have freed about half of the city — will effectively eliminate the Islamic State’s self-declared caliphate. The consequences for the Islamic State will be devastating. It will no longer control significant territory within which to train and harbor foreign fighters or exploit resources. It will lose the foundation of its most compelling narrative: the construction of an actual state.

"To Defeat ISIS, Arm the Syrian Kurds" is from the January 30, 2017 Opinion section of The New York Times. It was written by Antony J. Blinken and narrated by Caroline Miller.