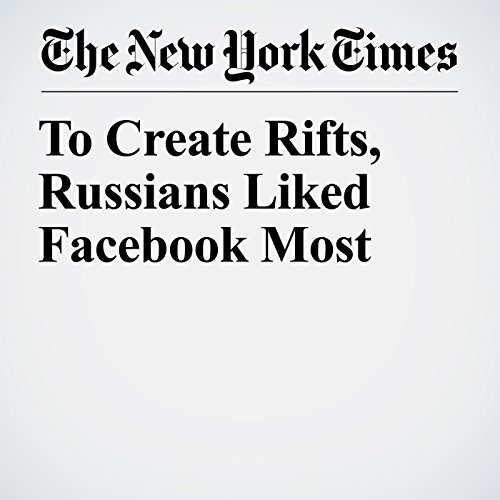 In 2014, Russians working for a shadowy firm called the Internet Research Agency started gathering U.S. followers in online groups focused on issues like religion and immigration. Around mid-2015, the Russians began buying digital ads to spread their messages. A year later, they tapped their followers to help organize political rallies across the United States.

"To Create Rifts, Russians Liked Facebook Most" is from the February 18, 2018 U.S. section of The New York Times. It was written by Sheera Frenkel and Katie Benner and narrated by Kristi Burns.