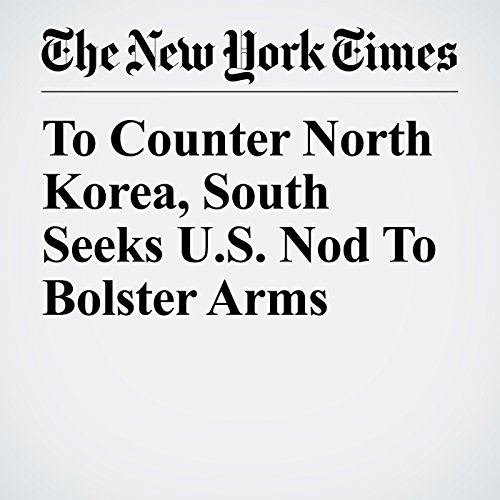 South Korea announced Saturday that it would soon start talks with the Trump administration about allowing Seoul to build more powerful ballistic missiles to counter the North, but current and former U.S. officials said the move would have little effect on the most urgent problem facing Washington: North Korea’s apparent ability to strike California and beyond.

"To Counter North Korea, South Seeks U.S. Nod To Bolster Arms" is from the July 29, 2017 International section of The New York Times. It was written by Choe Sang Hun and David E. Sanger and narrated by Fleet Cooper.