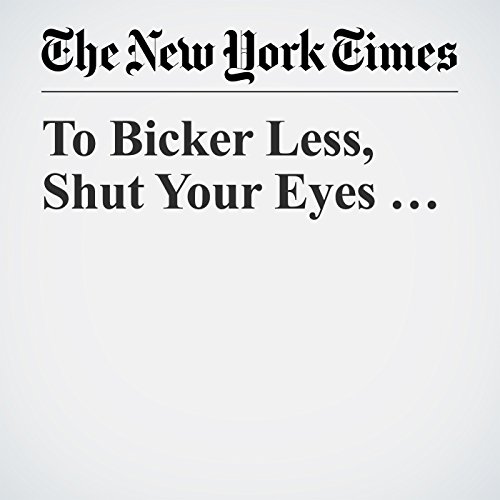 It started as a simple conversation about a child’s birthday party. But it quickly escalated into a full-blown marital rift. She accused him of neglecting the family. He said she was yelling.

"To Bicker Less, Shut Your Eyes …" is from the September 04, 2017 Science section of The New York Times. It was written by Tara Parker Pope and narrated by Kristi Burns.