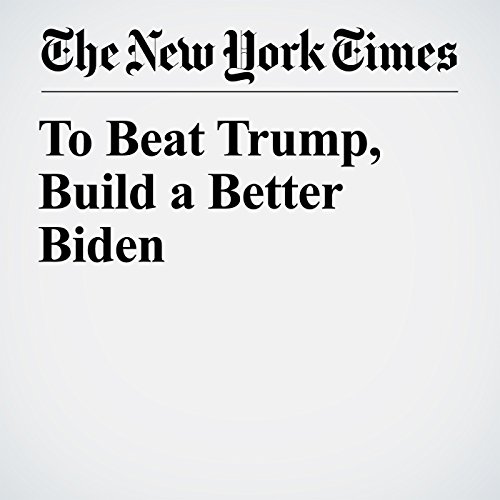 If the election were held today, Joe Biden would crush President Donald Trump. Almost any other Democrat — including one named Generic Democrat — would also beat the man who runs an administration of kooks, quacks, criminals, drunks, wife-beaters and grifters.

"To Beat Trump, Build a Better Biden" is from the April 27, 2018 Opinion section of The New York Times. It was written by Timothy Egan and narrated by Barbara Benjamin-Creel.