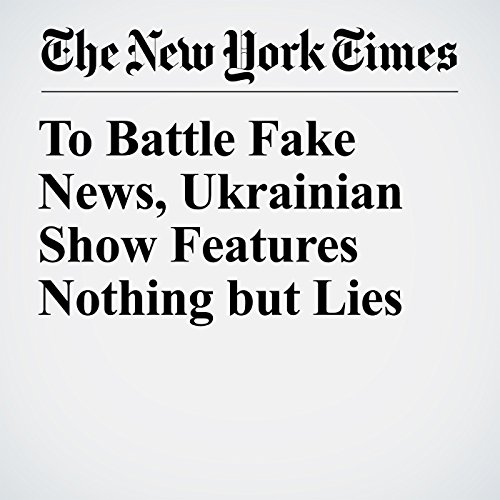 The studio lights dim, and the anchor taps a stack of papers on her desk and directs a steely gaze toward the television cameras.

"To Battle Fake News, Ukrainian Show Features Nothing but Lies" is from the February 26, 2017 World section of The New York Times. It was written by Andrew E. Kramer and narrated by Keith Sellon-Wright.