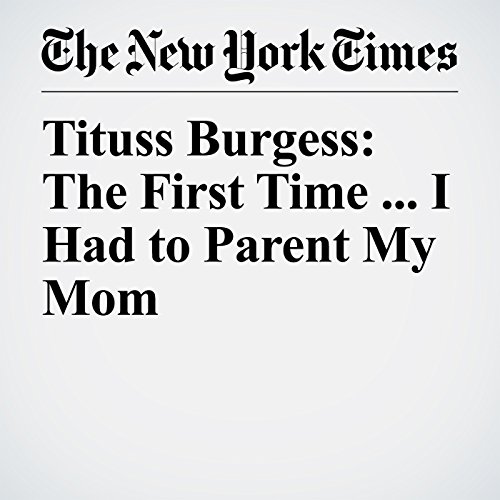 My mother was a single parent for much of my youth. She worked during the day, and so when I was about 5 to 12 years old I would spend the summer at my grandparents’ home in Georgia, with my mom bringing me back to Athens on the weekends. In my early years, I protested. You see, their home was large. I truly thought something would come and steal me in the night and that no one would hear my cry for help. The house sat on a farm off Highway 78, surrounded by trees and animals. Oh, the noises I would hear! If a small branch so much as dropped on the tin roof, I knew that was the end for me. But I learned to love being there as I got older and realized how special this time was with my grandparents.

"Tituss Burgess: The First Time ... I Had to Parent My Mom" is from the May 18, 2017 Entertainment section of The New York Times. It was written by Tituss Burgess and narrated by Keith Sellon-Wright.

Cosa pensano gli ascoltatori di Tituss Burgess: The First Time ... I Had to Parent My Mom