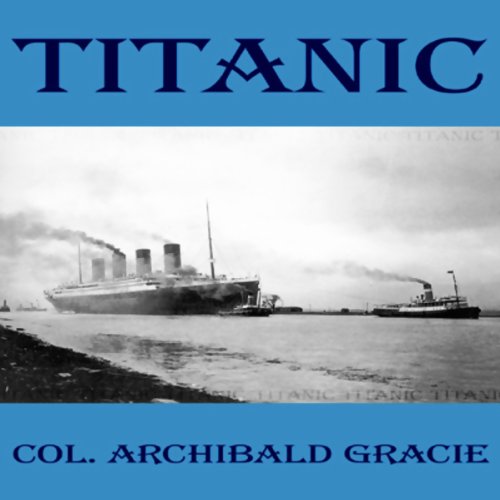 It was one of the most traumatic events in maritime history, and Archibald Gracie was probably among the last to leave the sinking Titanic on that cold April night in 1912. In this unique account, he describes his personal experiences and remarkable escape from death in the icy waters of the Atlantic, painting a vivid picture of what it was like on board the Titanic in its final hours.

Tracking down other survivors for their stories and attending court hearings to obtain the official record, Colonel Gracie filled in the details of his account, struggling to complete it in spite of illness. Largely due to the effects of his ordeal and exposure in the frigid Atlantic, he finally succumbed on December 4, 1912. His book was published in 1913 to universal acclaim and remains one of the most vivid first-hand accounts of the disaster.

Amazing Detail from a Survivor

This book goes into alot of detail about who was on which lifeboats, and the hearings, and actual quotes at those hearings, into the sinking of the Titanic.
That part, quite lengthy, does drag on a bit, but as this was written by a survivor in the same year as the sinking, it is a very credible and interesting account.

I sure hope the book tasted good!

Would you try another book from Colonel Archibald Gracie and/or Frederick Davidson?

He keeps salivating and we seem to hear the pages turn. His voice sometimes is too uneven - we can't hear the end of sentences.

Despite being a fan of the story of the Titanic, I didn't finish the book. I couldn't; the narration being so bad (inadequate).

This story is told by a person who was there. So many things went wrong. It's hard to imagine.

Must read for a Titanic fan

Col Gracie's personal experience is great for any Titanic fan to listen to. His first hand experience and research to include as much testimony to what happened that night is excellent.