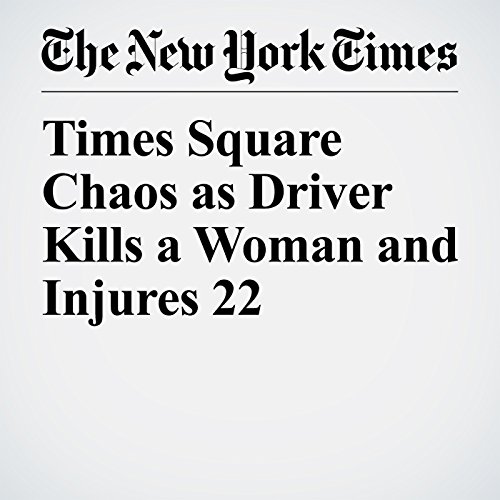 Unfolding in one of the city’s most crowded and high-profile areas, the episode instantly raised the specter of terrorism. An attempted car-bomb attack in Times Square in 2010 remains a potent memory for many, and recent terrorist attacks overseas have shown the damage that vehicles can do when used as weapons.

"Times Square Chaos as Driver Kills a Woman and Injures 22" is from the May 19, 2017 U.S. section of The New York Times. It was written by Eli Rosenberg and Liam Stack and narrated by Barbara Benjamin-Creel.