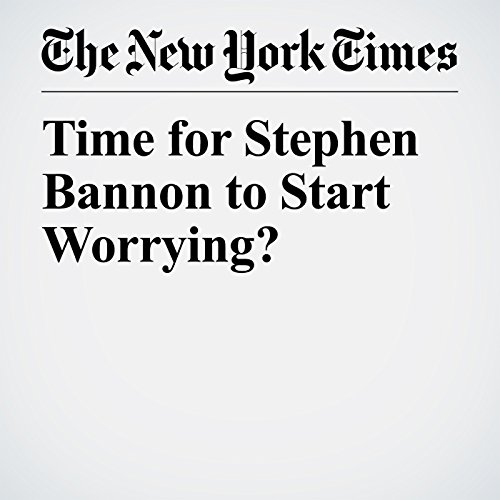 These are dangerous days for Stephen Bannon, President Donald Trump’s brain. A new book about the White House chief strategist portrays the president as the empty vessel into which Bannon poured his ideology and agenda, propelling the two of them into the White House. The book, “Devil’s Bargain: Steve Bannon, Donald Trump, and the Storming of the Presidency,” by Joshua Green, a reporter who has known Bannon for years, is a best seller that gives Trump second billing. That’s made the empty vessel very angry.

"Time for Stephen Bannon to Start Worrying?" is from the August 01, 2017 Opinion section of The New York Times. It was written by Elizabeth Williamson and narrated by Caroline Miller.