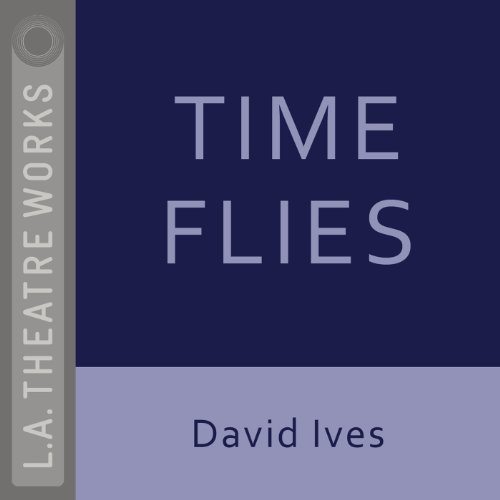 A series of short comic vignettes from playwright David Ives. In the title work, two houseflies try to make the most out of their brief time on earth.

L.A. Theatre Works presents a delightful group of short plays with a full cast of actors who turn in bright performances. Victoria Principal and Ed Begley, Jr., are among those who make listening a lighthearted experience. Stories about mayflies on a date and an American tourist seeking medical help in Mexico are two of the pieces that ought to entertain. There's nothing heavy or dreary here, unless the short life of a mayfly is too depressing.

Would you consider the audio edition of Time Flies (Dramatized) to be better than the print version?

It is a performance so audio is the only way to go. It is a series of one act plays about time passage. Some of it might be improv so the print version would never be as good.

The favorite was the flies at the reunion. They were saying "I can't believe it has been 20 minutes". " yeah time flies" Ed Begley Jr is phenomenal in this. There is another play which tells the story of a relationship from beginning to end in like five minutes.

This was the first one I listened to by LA theatre works. They get great actors and the plays are really good. If you like that kind of thing. I always liked going to the theatre or listening to radio plays. Since this was about the passage of time the lines were rapid fire and very funny. The narration was great.


If you were to make a film of this book, what would the tag line be?

Time Flies. Would be appropriate since that is what the plays are about.

since getting this I have gotten a lot of performances by LA Theatre works. I like them because they are short and fast paced and good acting. They are also usually cheap so iI don't use my credits for them. I might have even got this one for free. I listen to them to cleanse my palette (so to speak) after being immersed in a longer book. These are really short and fast paced. They are just fun.

The first sketch was delightfully funny to me. But it went downhill from there. Just a smile here and there for the rest of the sketches.