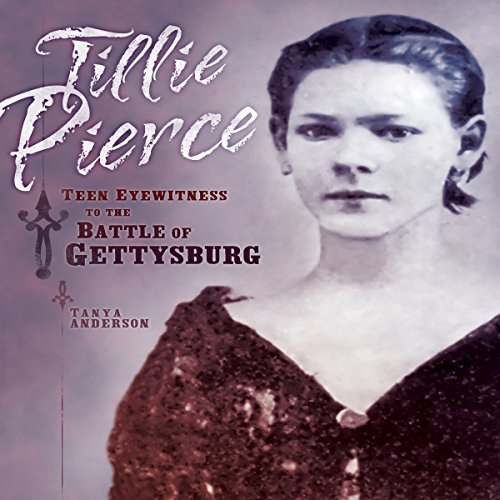 Imagine being 15 years old, facing the bloodiest battle ever to take place on US soil: the Battle of Gettysburg. In July 1863, this is exactly what happened to Tillie Pierce, a normal teenager who became an unlikely heroine of the Civil War (1861-1865). Tillie and other women and girls like her found themselves trapped during this critical three-day battle in Southern Pennsylvania. Without training, but with enormous courage and compassion, Tillie and other Gettysburg citizens helped save the lives of countless wounded Union and Confederate soldiers. In gripping prose, Tillie Pierce: Teen Eyewitness to the Battle of Gettysburg takes listeners behind the scenes. And through Tillie's own words, the story of one of the Civil War's most famous battles comes alive.

the narrator was very boring and sort of irritating. she had no emotion and sounded like a robot. it took away from the overall feel of the detailed and gripping story.

Read by a robot?

The story is read by a narrator who could be mistaken for a robot. The worst audio book performance I've suffered through.

The tale is worthwhile as a description of what this horrible battle looked like from a young girl's perspective. No glory or embellishment - just the awfulness of war brought to her doorstep in a formerly peaceful small town.