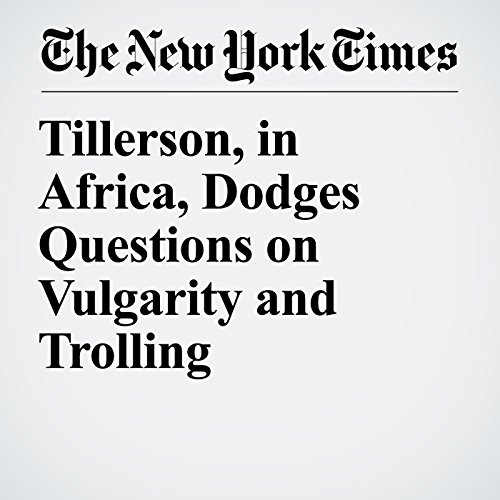 ADDIS ABABA, Ethiopia — After more than a year as the nation’s chief diplomat, Secretary of State Rex Tillerson has a set of diplomatic tools that he and his aides use at nearly every stop.

"Tillerson, in Africa, Dodges Questions on Vulgarity and Trolling" is from the March 08, 2018 U.S. section of The New York Times. It was written by Gardiner Harris and narrated by Mike DelGaudio.