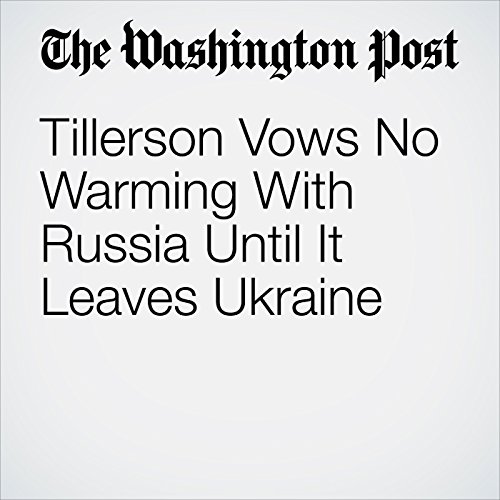 The gulf between the United States and Russia showed no signs of narrowing Thursday, as top diplomats from the two countries faced off over a proposed U.N. peacekeeping force in Ukraine.

"Tillerson Vows No Warming With Russia Until It Leaves Ukraine" is from the December 07, 2017 World section of The Washington Post. It was written by Carol Morello and narrated by Sam Scholl.