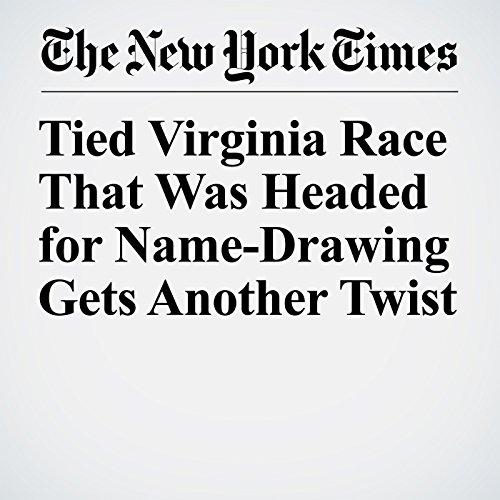 A race that would tip control of Virginia’s House of Delegates, whose constant and nearly comic pendulums between candidates has attracted national attention, took one more twist Tuesday when a drawing to break a tie was unexpectedly postponed.

"Tied Virginia Race That Was Headed for Name-Drawing Gets Another Twist" is from the December 26, 2017 U.S. section of The New York Times. It was written by Trip Gabriel and narrated by Kristi Burns.