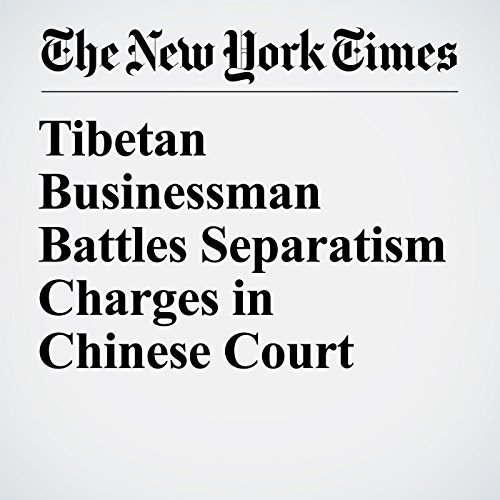 China — A Tibetan businessman who tried to protect his native language, and spoke to The New York Times about his efforts, defended himself in a Chinese court Thursday against criminal charge that his one-man campaign had fanned resistance to Chinese rule.

"Tibetan Businessman Battles Separatism Charges in Chinese Court" is from the January 04, 2018 World section of The New York Times. It was written by Chris Buckle and narrated by Keith Sellon-Wright.