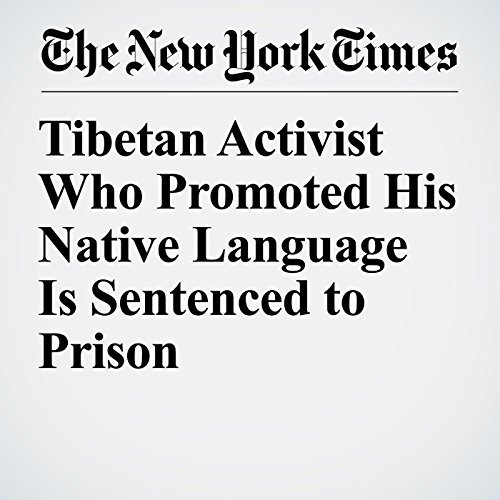 Tibetan Activist Who Promoted His Native Language Is Sentenced to Prison

BEIJING — A Tibetan businessman who campaigned to preserve his native language from the encroaching dominance of Chinese was sentenced to five years in prison on Tuesday, after a controversial prosecution based on interviews that he gave to The New York Times.

"Tibetan Activist Who Promoted His Native Language Is Sentenced to Prison" is from the May 22, 2018 World section of The New York Times. It was written by Chris Buckley and narrated by Kristi Burns.