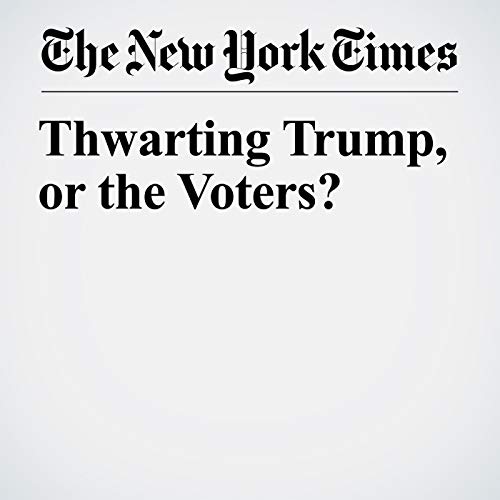 After The New York Times Op-Ed page published an anonymous Trump administration official praising themselves and others for trying to keep the powers of the presidency out of the actual president’s hands, I found myself nodding along to two kinds of essays about this inside-the-administration Resistance — even though they were making superficially opposing points, one against resistance, one in favor of it.

"Thwarting Trump, or the Voters?" is from the September 08, 2018 Opinion section of The New York Times. It was written by Ross Douthat and narrated by Keith Sellon-Wright.