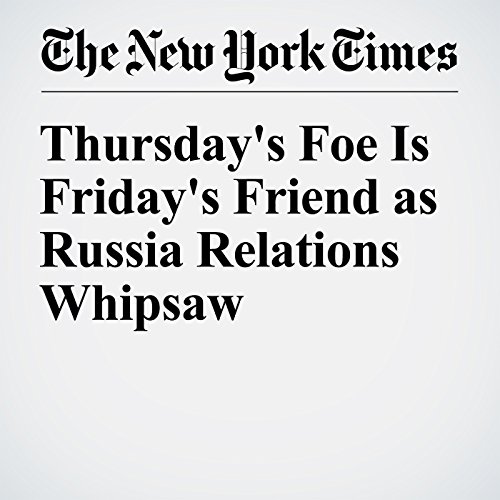 The diatribe against the Obama administration on prime-time television by a Russian Foreign Ministry official was hardly unusual in the long history of rocky relations between the United States and Russia.

"Thursday's Foe Is Friday's Friend as Russia Relations Whipsaw" is from the January 01, 2017 World section of The New York Times. It was written by Neil Macfarquhar and narrated by Keith Sellon-Wright.