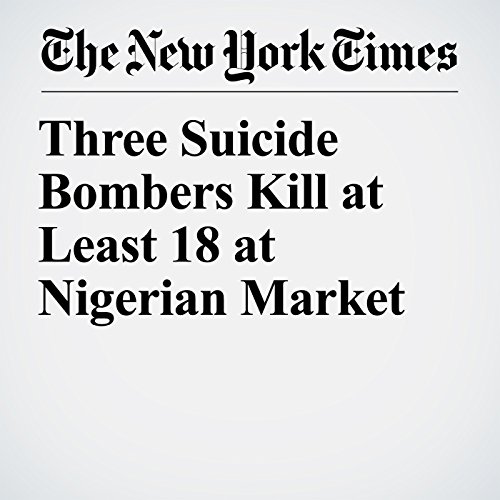 DAKAR, Senegal — An attack by three suicide bombers has left at least 18 people dead and more than 20 others wounded at a fish market outside the sprawling Nigerian city that gave rise to the Islamist extremist group Boko Haram, officials and news reports said Saturday.

"Three Suicide Bombers Kill at Least 18 at Nigerian Market" is from the February 17, 2018 World section of The New York Times. It was written by Dionne Searcey and narrated by Keith Sellon-Wright.