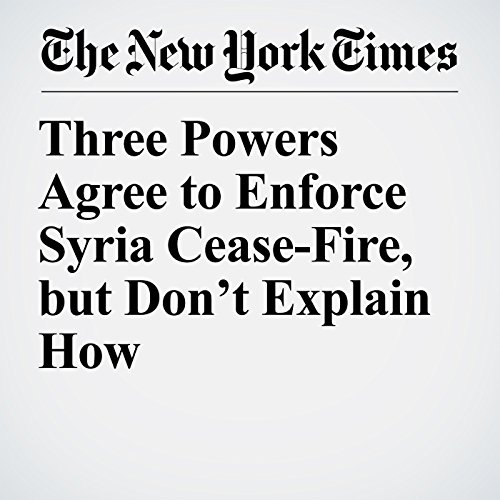 A two-day round of talks over the Syrian civil war wrapped up Tuesday with an agreement by Iran, Russia and Turkey to enforce a fragile partial cease-fire. But neither the Syrian government nor the rebel fighters — who briefly met face to face for the first time in nearly six years of war — signed the agreement.

"Three Powers Agree to Enforce Syria Cease-Fire, but Don’t Explain How" is from the January 24, 2017 World section of The New York Times. It was written by Anne Barnard and Hwaida Saad and narrated by Keith Sellon-Wright.