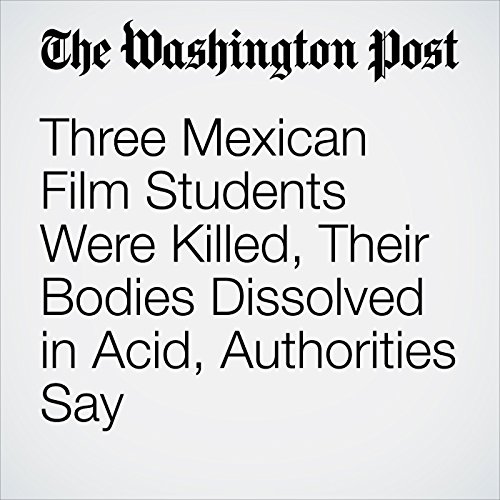 Last month, three Mexican university students were filming a school project when they disappeared. The last time they were seen alive, they were being forced into a car by two armed men dressed as police officers in Guadalajara, Mexico’s second largest city, in the western state of Jalisco.

"Three Mexican Film Students Were Killed, Their Bodies Dissolved in Acid, Authorities Say" is from the April 24, 2018 World section of The Washington Post. It was written by Samantha Schmidt and narrated by Sam Scholl.