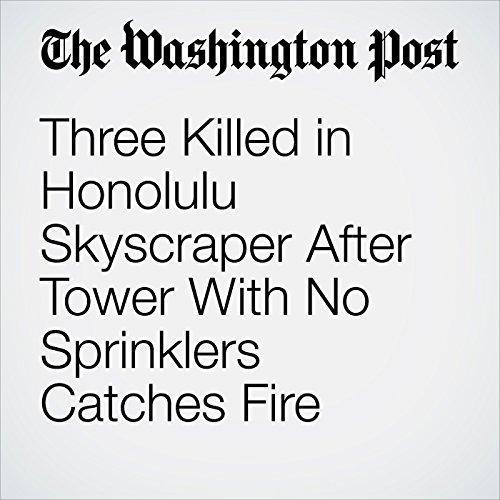 A 36-story residential tower in Honolulu caught fire on Friday afternoon, killing three people and injuring at least a dozen as flames spread across three floors.

"Three Killed in Honolulu Skyscraper After Tower With No Sprinklers Catches Fire" is from the July 15, 2017 Post Nation section of The Washington Post. It was written by Avi Selk and narrated by Sam Scholl.