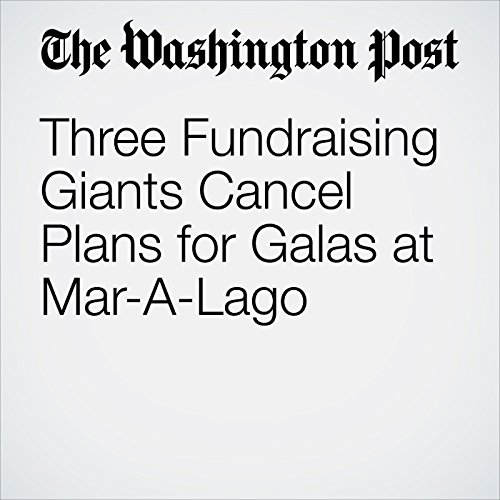 Three fundraising giants decided to pull events from President Trump’s Mar-a-Lago Club in Palm Beach on Thursday, signaling a direct blowback to his business empire from his comments on Charlottesville’s racial unrest.

"Three Fundraising Giants Cancel Plans for Galas at Mar-A-Lago" is from the August 18, 2017 Business section of The Washington Post. It was written by Drew Harwell and David A. Fahrenthold and narrated by Jenny Hoops.