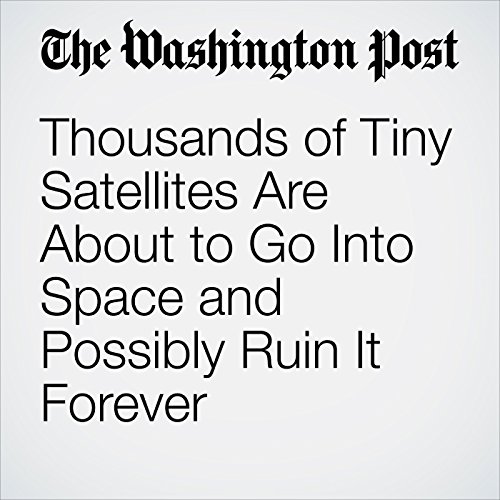 Hundreds of thousands of bits of space junk are orbiting Earth, according to NASA. These include tiny paint flecks that can take out a space shuttle window, and some 2,000 satellite shards left by a collision of Russian and American satellites several years ago.

"Thousands of Tiny Satellites Are About to Go Into Space and Possibly Ruin It Forever" is from the April 21, 2017 National section of The Washington Post. It was written by  Avi Selk and narrated by Jill Melancon.