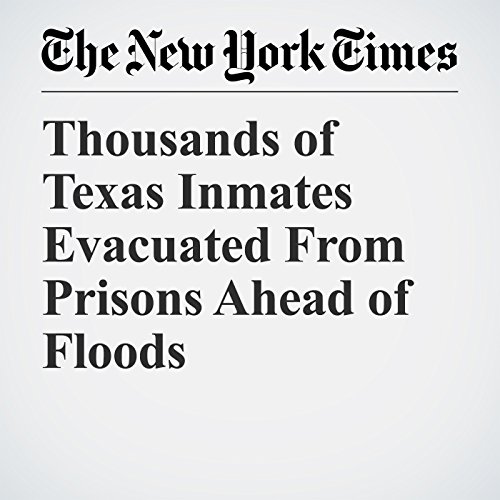 Thousands of inmates were being evacuated Saturday from three prison facilities in Rosharon, Texas, as the Brazos River there continued to rise under heavy rains from Tropical Storm Harvey.The Texas Department of Criminal Justice said that about 4,500 inmates would be transported from the Ramsey, Terrell and Stringfellow units in Rosharon, which is just south of Houston, to other facilities in East Texas.

"Thousands of Texas Inmates Evacuated From Prisons Ahead of Floods" is from the August 26, 2017 U.S. section of The New York Times. It was written by Jacey Fortin and narrated by Kristi Burns.