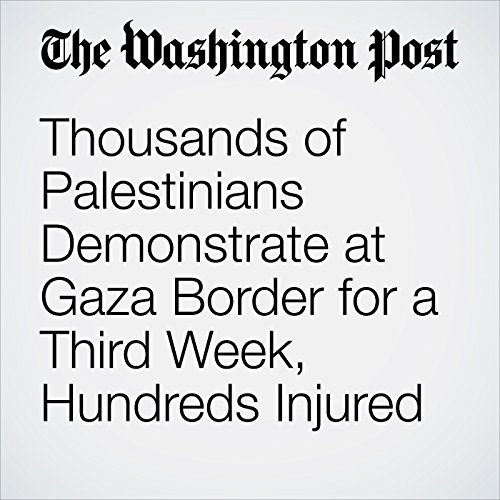 ZEITOUN, Gaza Strip — Thousands of Palestinians protested at the Israel-Gaza border for the third consecutive week Friday, and Israeli forces fired live ammunition and tear gas, killing at least one person and injuring more than 900, health officials in Gaza said.

"Thousands of Palestinians Demonstrate at Gaza Border for a Third Week, Hundreds Injured" is from the January 00, 1900 World section of The Washington Post. It was written by Erin Cunningham and Ruth Eglash and narrated by Jenny Hoops.