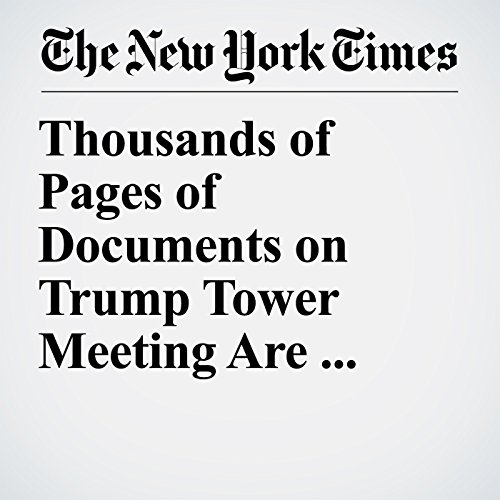 Six months after the June 2016 meeting at Trump Tower between Trump campaign officials and a self-described Kremlin informant, an intermediary contacted Donald Trump’s office asking for a follow-up, according to documents released Wednesday by a Senate committee.

"Thousands of Pages of Documents on Trump Tower Meeting Are Released" is from the May 16, 2018 U.S. section of The New York Times. It was written by Sharon Lafraniere and Nicholas Fandos and narrated by Keith Sellon-Wright.