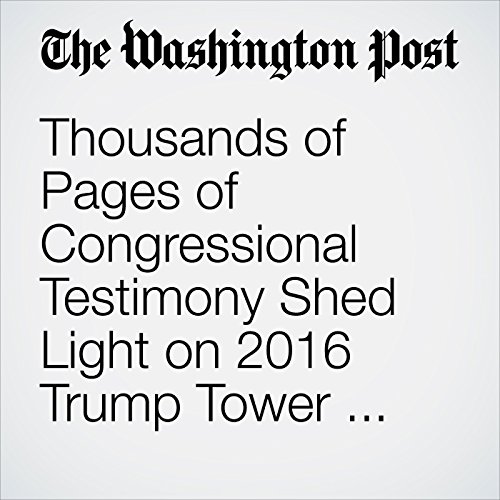 A music promoter who promised Donald Trump Jr. over email that a Russian lawyer would provide dirt about Hillary Clinton in June 2016 made the offer because he had been assured the Moscow attorney was “well connected” and had “damaging material,” the promoter testified to the Senate Judiciary Committee."

Thousands of Pages of Congressional Testimony Shed Light on 2016 Trump Tower Meeting" is from the May 16, 2018 Politics section of The Washington Post. It was written by Rosalind S. Helderman, Karoun Demirjian and narrated by Sam Scholl.