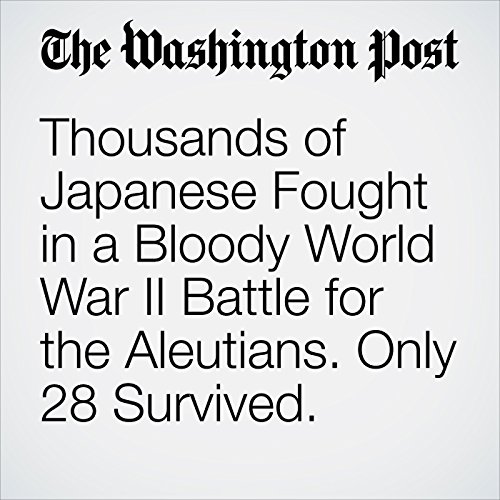 The williwaw gusts swirled thick fog among transport ships off Attu Island, and the waiting infantrymen nervously mulled the name of their landing site: Massacre Bay.

"Thousands of Japanese Fought in a Bloody World War II Battle for the Aleutians. Only 28 Survived." is from the May 24, 2018 National section of The Washington Post. It was written by Alex Horton and narrated by Sam Scholl.