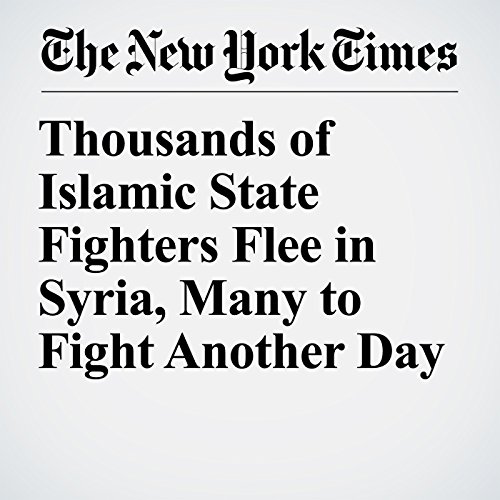 Thousands of Islamic State foreign fighters and family members have escaped the U.S.-led military campaign in eastern Syria, according to new classified U.S. and other Western military and intelligence assessments, a flow that threatens to tarnish U.S. declarations that the militant group has been largely defeated.

"Thousands of Islamic State Fighters Flee in Syria, Many to Fight Another Day" is from the February 04, 2018 World section of The New York Times. It was written by Eric Schmitt and narrated by Keith Sellon-Wright.