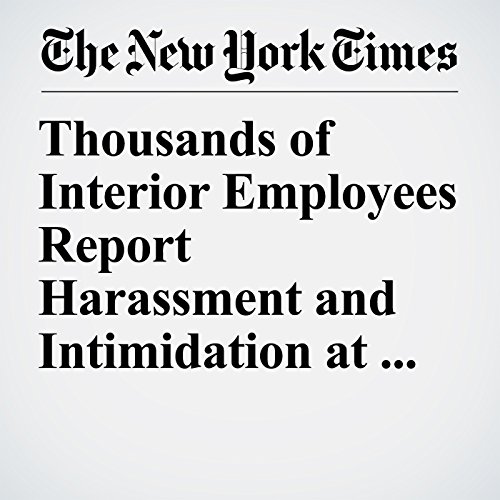 Thousands of the Interior Department’s employees reported that they had experienced harassment or intimidation at work, a departmentwide survey conducted earlier this year and released Thursday found.

"Thousands of Interior Employees Report Harassment and Intimidation at Work" is from the December 14, 2017 U.S. section of The New York Times. It was written by Emily Cochrane and narrated by Keith Sellon-Wright.