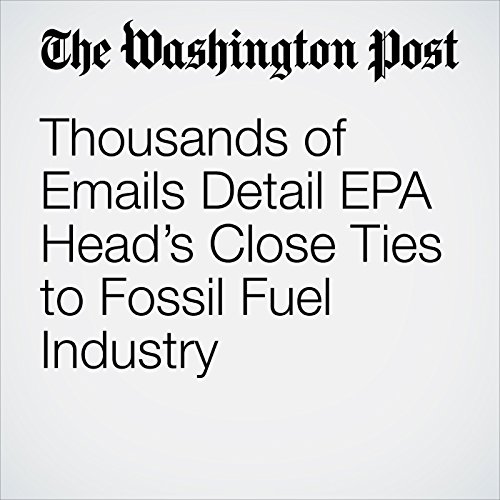 In his previous role as Oklahoma’s attorney general, the Environmental Protection Agency’s new administrator regularly huddled with fossil fuel firms and electric utilities about how to combat federal environmental regulations and spoke to conservative political groups about what they call government "overreach,” according to thousands of pages of emails released Wednesday.

"Thousands of Emails Detail EPA Head’s Close Ties to Fossil Fuel Industry " is from the February 22, 2017 Energy and Environment section of The Washington Post. It was written by Brady Dennis and Steven Mufson and narrated by Sam Scholl.