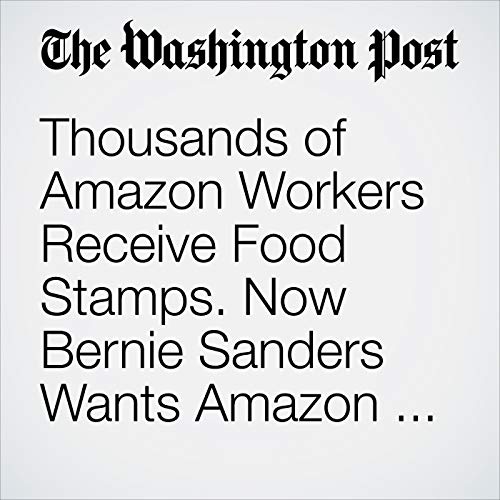 Sen.Bernie Sanders (I-Vt.) will soon introduce legislation that would require large employers like Amazon, Walmart and McDonald’s to fully cover the cost of food stamps, public housing, Medicaid and other federal assistance received by their employees. The goal, he says, is to force corporations to pay a living wage and curb roughly $150 billion in taxpayer dollars that currently go to funding federal assistance programs for low-wage workers each year.

"Thousands of Amazon Workers Receive Food Stamps. Now Bernie Sanders Wants Amazon to Pay Up." is from the August 23, 2018 Business section of The Washington Post. It was written by Abha Bhattarai and narrated by Sam Scholl.